The National Conference of Shomrim Societies was formed in 1958. In that year, Det. Lieutenant Lou Weiser and Chief Al Seedman of NYPD Shomrim along with the late Capt. Leon Chikofsky of the Ner Tamid Society (NYFD) traveled around the country recruiting Shomrim chapters to join under the banner of the National Conference. The efforts of these tireless workers is still evident today in the continuing growth of membership in National Shomrim.

Before there was a National Shomrim, members of local organizations traveled to each others functions and events, as we still do today. The desire of the founding members of National Shomrim was to coordinate communications between the chapters and improve service to the community. There were eight chapters in the organization then; now we have grown to twenty chapters from coast to coast. Our organization has seven regional vice presidents, each representing a section of the country. Our executive board is diversely representative of the entire country, and our national board is comprised of all the presidents of the local Shomrim chapters.

Back in 1958 the motto of our organization “So that Police, Fire and Public Safety Officer of the Jewish Faith May Join Together for the Welfare of All” was adopted. Today, our motto still rings true. Our organization has continued to grow and strengthen. In addition to our membership through local Shomrim chapters we are also available to and welcome Jewish Law Enforcement Officers who have no local Shomrim chapter to join.

From our humble beginnings, which date back to Asser Levy’s appointment as the first Jewish Burgher Guard in New Amsterdam in 1657, to the first Shomrim founded in New York City in 1924 by Capt. Jacob Kaminsky, we have grown and prospered. We are proud of our Jewish heritage and our public safety careers.

Please join with us in our quest for peace, safety and good welfare for all.

The first Jewish police officer in North America was Asser Levy. He was a Portuguese Jew who lived in Recife, then the capital of Dutch Brazil. Many Portuguese Jews fled the Inquisition of Spain and Portugal by moving to the then Portuguese colony of Brazil. Others fled to Protestant Holland where Jews were allowed to openly practice their faith. When the Dutch conquered several areas of Brazil in 1620, they were warmly welcomed by the Jews who had been forced to live as Conversos by the Catholic Church. Thirty-four years later, when the Portuguese re-conquered Brazil, and re-introduced the Inquisition, the Jews were severely persecuted and large numbers were killed for the assistance they rendered to Holland during the wars. The Jewish community of Recife, five thousand strong, fell apart and scattered. Some returned to Holland, others lived as best they could as Conversos and many abandoned all and fled to nearby Caribbean islands. A small number took a ship to the Dutch colony in North America, New Amsterdam. Twenty-three of them arrived there, penniless, in September of 1654. One was Asser Levy.

He and his co-religionists were denied Dutch citizenship in the colony. Levy was also denied the privilege to serve in the Burgher Guard, a volunteer type of community militia (and was therefore taxed to pay for his protection). Jews had been living in Holland since 1492 and had prospered. Despite some restrictions, the Jews received far more liberal treatment from the Dutch than that found in other European countries. By 1654 many Dutch Jews, originally from Portugal, were investors in the Dutch West India Company (sponsors of the investment colony of New Amsterdam) and influential members of the community of Amsterdam. Peter Stuyvesant, governor of the colony, met their resistance when he tried to deny admittance to the twenty-three Portuguese Jews fleeing from Recife, among them Asser Levy. In Stuyvesant’s letter to the Company he prayed that the deceitful race, such hateful enemies and blasphemers of the name of Christ, be not allowed to further infect and trouble this new colony. The Dutch West India Company overruled their governor and allowed the Jews to remain provided the poor among them shall not become a burden to the Company or to the community, but be supported by their own nation.

Once Levy and the others were allowed to remain, Levy fought all restrictions placed upon him. In 1655 he petitioned the town council to join the Burgher Guard and be permitted to keep guard with the other burghers. His petition was denied and Levy was told he was free to depart whenever and wither it pleases him. But Levy also appealed this ruling to the Company’s directors in Amsterdam, who again sided with the wishes of Holland’s powerful Jewish community who supported the Jewish colonists. Thus Asser Levy, became the first Jewish watchman in New Amsterdam, winning the privilege of manning the stockades along Wall Street against Indian attacks. (In later years, the only attacks on Wall Street his descendants would fear, were from bulls, bears and the SEC!) Finally in 1657, Asser Levy petitioned for another right. According to the official court record:

Asser Levy, a Jew, appears in Court; requests to be admitted a Burgher (citizen); claims that such ought not be refused him as he keeps watch and ward like Burghers and showing Burgher certificates from the city of Amsterdam that Jews are Burghers there.

On April 21, 1657, New Amsterdam’s first Jewish watchman (and our first Shomer) became its first Jewish citizen. Twenty years later Citizen Levy was given a license to operate a kosher butcher shop. Before his death in 1681, in what was then New York, Asser Levy, who began his new life as a laborer and part time Shomer, became a tavern keeper, a real estate investor, trader and civic leader. It wasn’t until 1728 that the British permitted the first synagogue to be built in New York. Prior thereto, the houses of public worship allowed were for those that profess the faith of Christ. That first synogogue was built on South William Street (later known as Jews’ Alley) and for the first time the Jews of New York could publicly worship their faith.

Our brother and sisters in New York Shomrim, who founded the first Shomrim Society for police officers in 1924, have named their annual Person of the Year award in honor of Asser Levy, a Jew who fought for the right to protect his community. 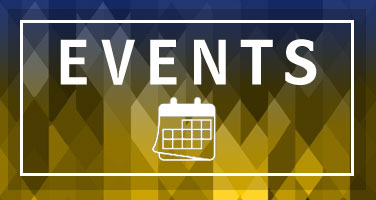